Come for the beauty, leave with a bunch of cool stuff.

Maybe that should be the motto for Aulani.  I think they are doing fine as it is, but there are a lot of great souvenir items to be had at this distant Disney resort in paradise.  Shirts, plush, pins, postcards, keychains – you name it and Aulani probably has it.  And often something exclusive, too.  There are three primary shopping opportunities at Aulani – Kalepa’s Store, Hale Manu, and The Lava Shack.  Each one has their own niche market so you may not find what you’re looking for at the other stores. 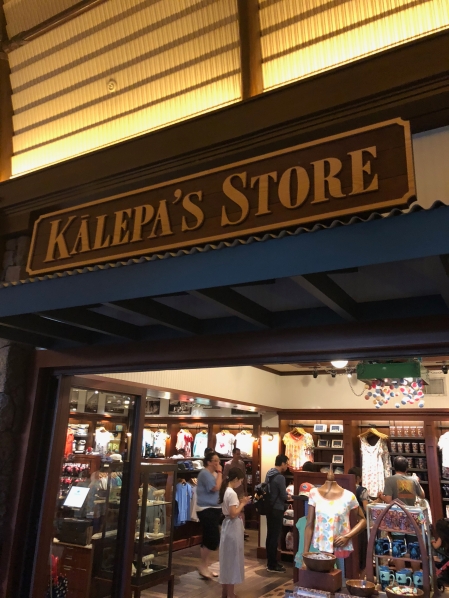 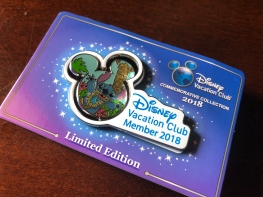 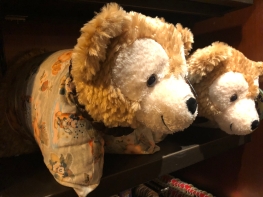 Kalepa’s Store – Kalepa’s is your primary souvenir shop.  Also, doubling as a last minute snack stop, this place is where you’ll find the majority of your traditional merchandise.  They have a large selection of Duffy the Disney Bear and his girlfriend Shellie Mae mostly because of his huge popularity with the Japanese crowd which frequents Aulani.  Everything from purses to big plush, Duffy is very popular.  You’ll find exclusive Duffy, Shellie Mae, and Duffie’s cat Gelatoni made just for Aulani.  It’s at Kalepa you can also discover exclusive Aulani pins.  And if you’re a Disney Vacation Club member be sure to ask at the cashier if they have any DVC specific pins, too (which they often do).  Kalepa’s also carries great souvenir items for friends and family from reasonably priced clothing, hats, keychains, magnets, postcards (they are wooden!), and other fun items.

Hale Manu – Hale Manu is your more expensive store.  Featuring items like Tommy Bahama shirts, Kate Spade hand bags, Dooney and Bourke wallets and the like, this is mostly for serious collectors and fans of certain designers.  They also carry Pandora charms and I believe Alex and Ani bangles.  This posh store does not have as many different items as Kalepa’s, but it’s very high quality and equally expensive.  If you’re looking for that rare gift for yourself or a loved one, Hale Manu is where you’ll find it. 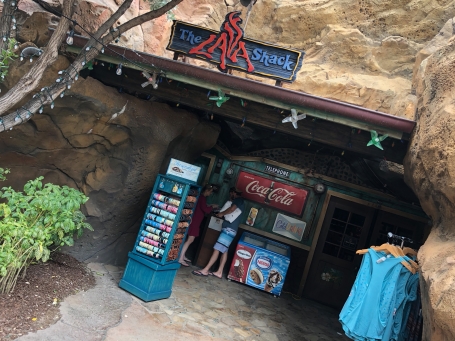 The Lava Shack is located near the pools and lazy river

Yes, you too can buy this Moana body board!

The Lava Shack – The Lava Shack is a store dedicated to all things by the beach.  Bathing suits, UV protection shirts, and assorted beach paraphernalia can be found in this place.  They have a really big Moana body board you can buy if you’re dying to have one but it’s costly.  You can also get personalized leather bracelets, luggage tags, and keychains with Aulani specific medallions and art.  This store has the least amount of Aulani merchandise, but it’s stuff you can’t find anywhere else.

If you love a beautiful environment and want to take a piece of Disney home with you, Aulani is a great place to be.  Such a relaxing and fun time and still with that Disney flair!  If you go, let me know what other great stuff you come back with.