The Death Star wasn’t built in a day.

That paraphrase of a famous French proverb applies aptly to the monstrous construction of the Empire’s most famous weapon.  But by the time Star Wars: A New Hope begins, the Death Star is already a reality.  Even in Rogue One, the construction of the Death Star is near completion and only alluded to without ever really seeing the station being built (save for the impressive shot of the focusing dish being put into place).  But in a gripping tale of intrigue, guile, and political maneuvering, James Luceno delivers to Star Wars fans a book that explains exactly how the galaxy’s most feared battle station was built.

Using the characters Rogue One fans have become familiar with, Luceno dives deeper into the backstory of Orson Krennic, Galen Erso, his wife Lyra, and their daughter Jyn to give us even greater context to how they ended up on Lah’mu at the beginning of the film.  We discover how Galen went from being a laser-focused researcher to architect of the Empire’s most feared weapon.  We learn how the Death Star was created, the amount of work and research it took to do it, and the major players behind it all.  And we learn how Orson Krennic maneuvered himself into being one of those people. 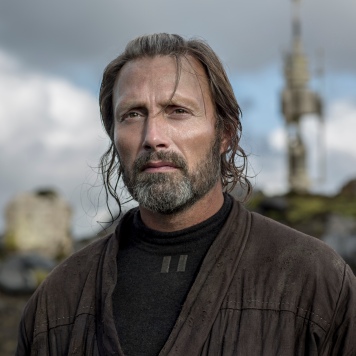 Luceno also gets to revisit a character he has already explored with Grand Moff Wilhuff Tarkin.  Although far from the focus of the book, Tarkin’s appearance not only deepens his character, but gives us context as to the deep animosity he and Krennic have for each other.  Luceno explores the root of their conflict and through that story shows how intelligent Krennic actually is and what his fatal flaws are.

It was also nice to see Lyra become the focus of the book.  Her character (and even Galen’s) gets comparatively little screen time in Rogue One so finding out what makes her tick and what her life is about helps to shape not only this book but the film as well.  Lyra’s relationship with Galen is revealed to be one of equals.  Galen might be the brilliant researcher, but Lyra is no slouch herself.  She is not only intelligent and equally self-sufficient, but the moral compass for her family.

What I enjoyed about Catalyst was not just the story of the Erso’s and Krennic, but how it unfolded during the events of the prequel movies and in the time inbetween.  Luceno’s book covers the early development of the Death Star from its roots on Geonosis through the end of the Clone Wars and into the time of Rebels.  We even get to learn how the Erso’s end up knowing Saw Gerrera.  Overall, this book was a quick read and one that kept me intrigued from beginning to end.  Like Tarkin, this book is more an exploration of people than of great battles or dogfights, and even when there are those elements, it focuses on the perspectives of the principal characters involved.  Luceno does a great job of giving Star Wars fans another perspective of the transition from Republic to Empire and does so in an entertaining way.  Definitely worth reading!