What an amazing surprise!

As the Academy Award nominations rolled out today, who would have guessed that Black Panther would command SEVEN Academy Award nominations including one for Best Picture!  It’s too bad that Ryan Coogler (Director), Chadwick Boseman (Actor in a Lead Role as T’Challa / Black Panther), or Danai Gurira (Actress in a Supporting Role as Okoye) weren’t nominated.  They certainly deserved it.  But to see an action film get so much Oscar attention is a hopeful sign for the future.  The seven categories it is nominated in are: Best Picture, Costume Design, Music (Original Score), “All the Stars” (Original Song), Production Design, Sound Editing, and Sound Mixing. 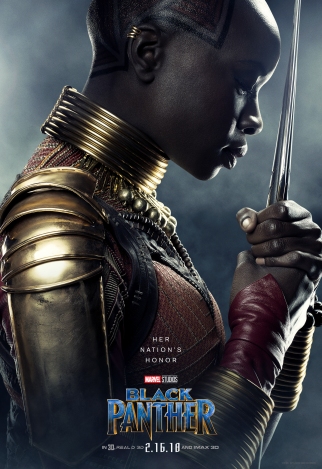 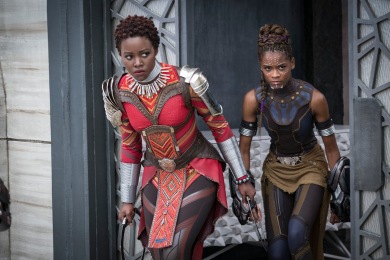 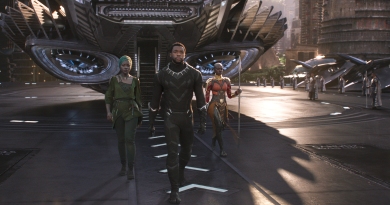 It’s tough to predict which ones Black Panther will win.  It will not likely win in Best Picture with heavy favorites like The Favourite and Roma dominating the nominations, but all the rest are up for grabs.  It would be nice to see it win for Original Song with many critics praising the innovative soundtrack for the film, but it’s against Lady Gaga for “Shallow” from A Star Is Born and fellow Disney studio film Mary Poppins Returns for “The Place Where Lost Things Go.”  It’s also competing with Mary Poppins Returns for Original Score, Production Design and Costume Design.  Although it was nice to see Mary Poppins Returns nominated for four different awards, I’m not sure if it’s the favorite in any of them.  I wonder what might have happened if they asked Lin-Manuel Miranda to write a few of the songs?

Interestingly, Black Panther did not get a nomination for Visual Effects, but again Disney dominated this category with three of the five films.  Fun fact, the three Disney films nominated were all from different studios under the Disney family tree – Avengers: Infinity War (Marvel), Christopher Robin (Disney Studios), and Solo: A Star Wars Story (Lucasfilm).  It’s tough competition with First Man and Ready Player One but Avengers: Infinity War would be my odds on favorite.

Disney again dominates the Best Animated Feature Film category.  It was no surprise to see Incredibles 2 and Ralph Breaks the Internet among the top 5, but surprise critics choice Spider-Man: Into the Spider-Verse not only was nominated, but seems to be the heavy favorite to win!  Even Bao (which to me was slightly disturbing) is nominated in the Best Animated Short Film category.

With 17 nominations from the various Disney studio films, it is a strong year for Disney regardless of how many they ultimately win.  But it’s most nice to see Black Panther getting its due.